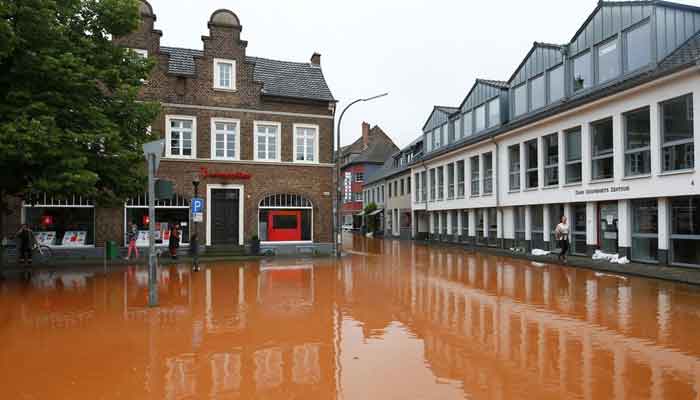 SCHULD/ERFTSTADT: More than 1,000 people were missing on Friday, and more homes were demolished in flood-ravaged areas of western Germany and Belgium, where waters were still rising and the death toll stood at around 117.

After flooded rivers surged through villages and towns in the western German regions of  Rhineland-Palatinate and North Rhine-Westphalia, Belgium, and the Netherlands, entire settlements lay in ruins.

“We couldn’t help anyone because it was that bad. People were waving from their windows “In front of a pile of wreckage in the Rhineland-Palatinate town of Schuld, where numerous buildings had collapsed, Frank Thel, a resident, told Reuters.

In Germany alone, 103 people were killed in the country’s biggest mass casualty event in years. Twelve of those killed were inmates of a disabled people’s home in Sinzig, south of Cologne, who were caught off guard by the flash floods during the night. 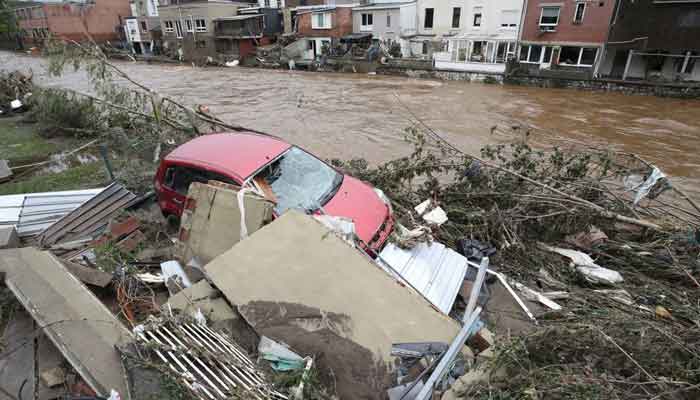 A damaged vehicle is seen next to the river, following heavy rainfalls, in Pepinster, Belgium, July 16, 2021. — Reuters/Yves Herman

In Germany, 114,000 households were without electricity, and mobile phone networks in certain flooded areas were down, making it difficult for relatives and friends to locate their loved ones.

Around 1,300 individuals were reported missing in the Ahrweiler district south of Cologne in Rhineland-Palatinate, according to the district council on Facebook.

The death toll is anticipated to grow further when additional houses collapse, while at least 14 people were killed in Belgium, according to media reports.

US Pentagon airstrikes in Afghanistan

Saudi Arabia accepts the Chinese vaccine for its visitors