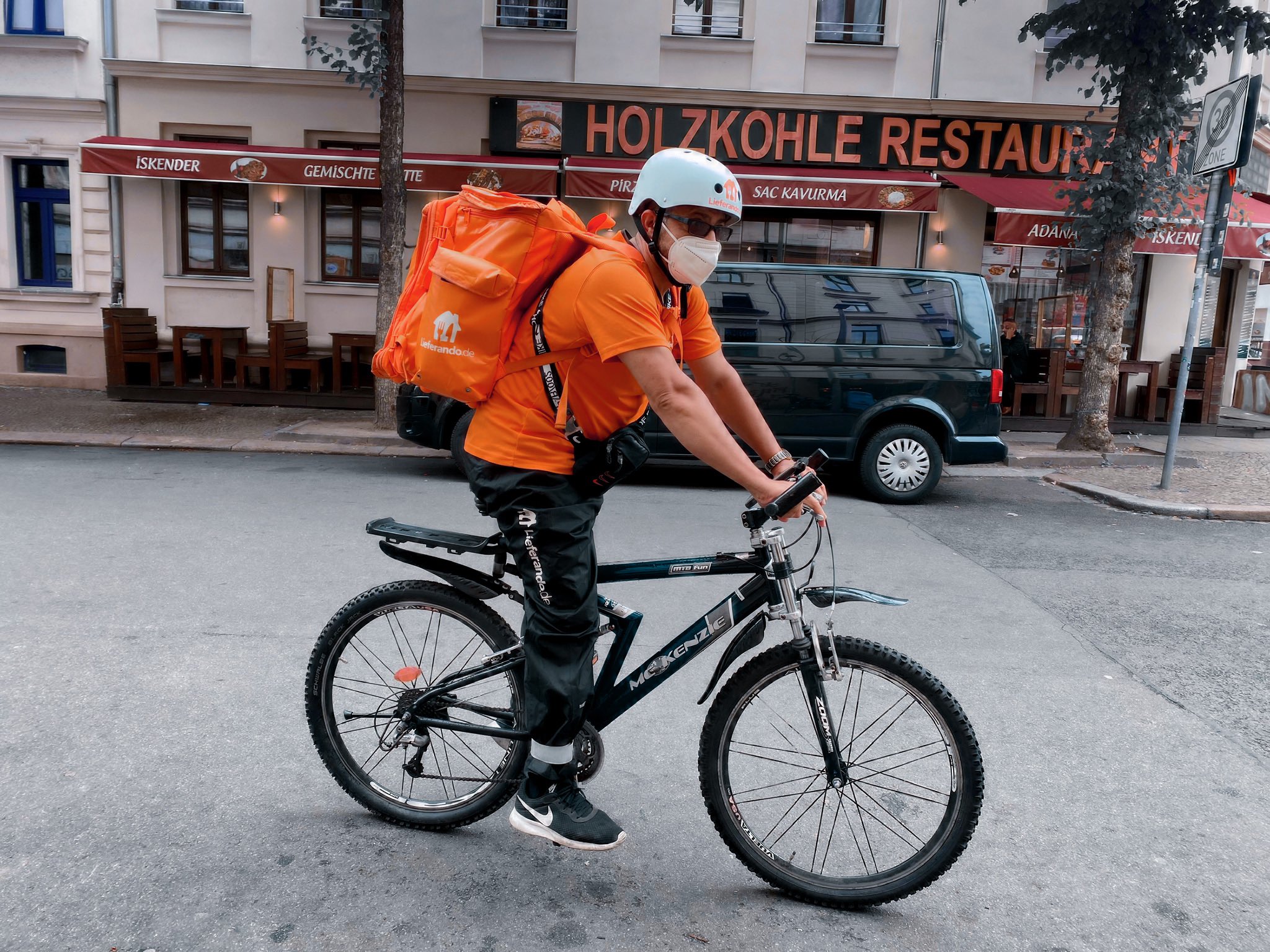 Syed Ahmed Shah Saadat, a former minister of Afghanistan, has been forced to work as a pizza delivery boy in Germany, according to media claims that emerged when his photographs began to circulate widely on the internet.

In Germany, the former Afghan minister was observed “delivering pizza,” nearly one year after he quit his position in the country and relocated to the country.

The man was clothed in orange attire and carrying a backpack on his back, according to sources, and he was spotted in Leipzig.

The photographs of Saadat, taken by a German journalist, went popular on social media, as he now roams the streets of the city delivering food door-to-door.

Furthermore, the foreign media reported that in his statement Saadat claimed the photographs circulating were in fact his own photographs.

Syed Ahmad Shah Saadat became a cabinet minister in the Ashraf Ghani-led Afghan government in 2018. He had previously served in the Taliban government. He has served as Afghanistan’s Minister of Information and Technology for two years before resigning in 2020 due to personal reasons. After then, he is said to have arrived in Germany in December of last year.

When asked about the latest happenings in Afghanistan, Saadat stated, “The fall of the Ashraf Ghani government at such a rapid pace had not been anticipated.”

Related Topics:AfghanistanGovernmentInternetSocial MediaTwitter
Up Next

President Erdogan of Turkey met with Taliban leaders in Kabul

1200 people are evacuated from Kabul by New Zealand And Australia