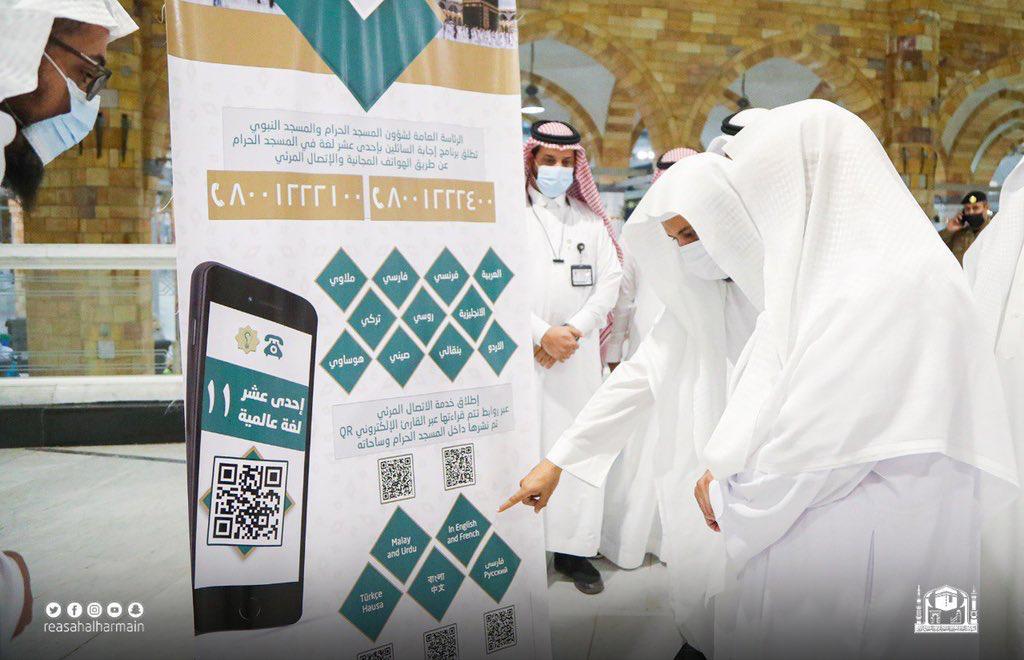 Holy Mosques: According to ash-Shaykh Dr Abd Arrahmaan ibn Abd al-Azeez as-Sudays, the GPH General President for the Affairs of the Grand Mosque and the Prophets Mosque, the guidance robot is part of the GPH’s efforts to deploy artificial intelligence to assist the two Holy Mosques.

According to his remarks at the event’s inception, “the use of technology has evolved in a positive way to serve [pilgrims] and worshippers at the Grand Mosque and the Prophet’s mosque, particularly because using automated processes accomplishes social distancing so that there is no physical contact between the questionnaire and the mufti.”

In addition to teaching pilgrims how to perform religious rites, he stated that the guidance system is capable of responding to worshippers’ questions in the Great Mosque, providing simultaneous interpretation, communicating with [the] scholars from a distance, and providing pre-made orientation programs in multiple languages, among other things. He added that the navigation system may be controlled from a distance as well.

He went on to say that the automated system can also support 11 languages, including Urdu, Arabic, French, Russian, Persian, English, Turkish, Malay, Chinese, Bengali, and Hausa, in addition to English, French, and Russian.

Expo 2020 Exhibitors, Participants are allowed to fly to the UAE