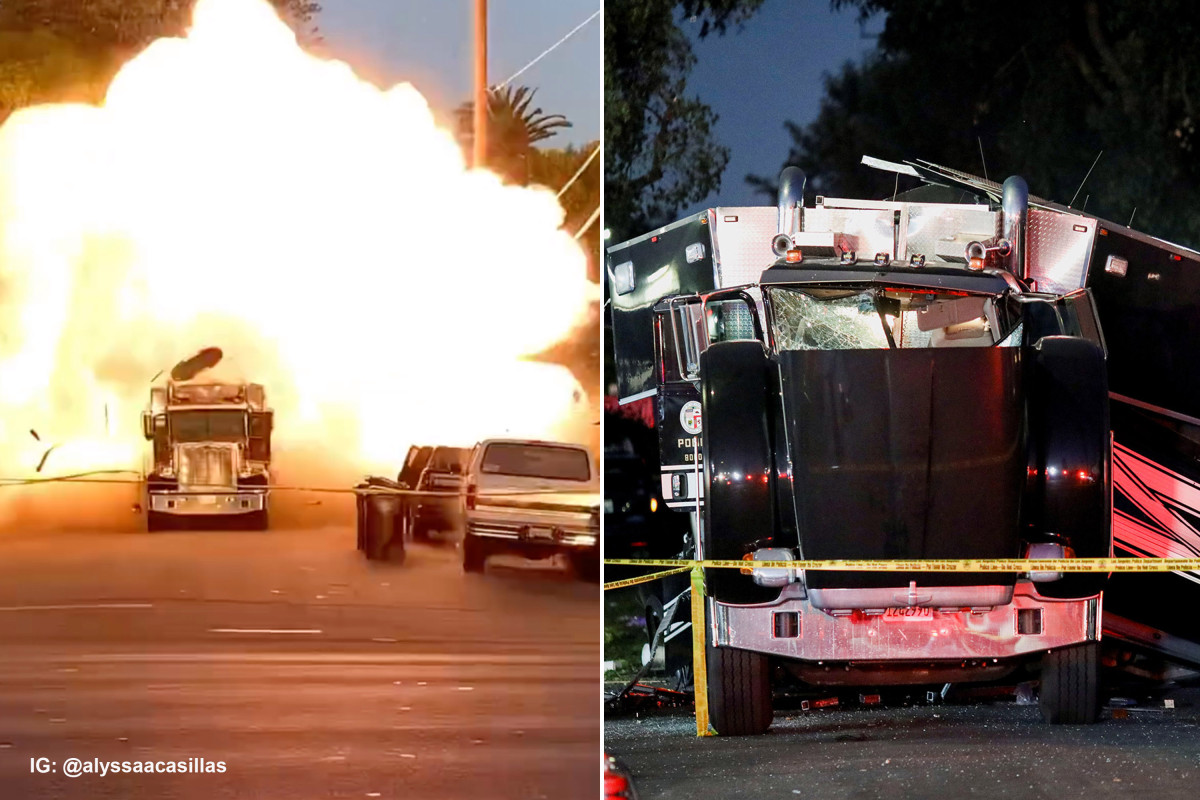 An LAPD bomb disposal truck was blown to dust during a planned detonation of illegal fireworks on Wednesday night, injuring more than a dozen individuals.

The massive explosion occurred after officials seized more than 5,000 pounds of illegal fireworks from a property in South Los Angeles, according to authorities. According to CBSLA and the Los Angeles Police Department, one suspect was apprehended.

In addition to the casualties, the explosion ruined cars and damaged residences in the surrounding area.

Officers on the ground took a fast step back from the squad trailer just seconds before things became completely crazy. “Fire in the hole!” yelled the cop at that point, according to CBSLA.

The LAPD, on the other hand, stated in a statement issued on Twitter that the cause of the explosion was still under investigation.

We have some fireworks stashed in our Bomb Squad trailer as a preventative measure,” says the bomb squad leader. It is now unknown what caused the explosion, according to the fire service.

According to a statement posted late Wednesday night by Los Angeles Mayor Eric Garcetti, he is “closely following the situation” and is “very worried” for those who have been harmed.

“I have asked the Los Angeles Police Department to undertake a thorough investigation into this incident so that we can better understand what happened. Illegal fireworks are extremely dangerous and can result in fatalities,” he stated.

“Those who use or possess them will be prosecuted to the maximum extent of the law,” says the FBI.

Nine Los Angeles Police Department officers, seven civilians, and an officer from the Bureau of Alcohol, Tobacco, Firearms, and Explosives were among those injured.

At least three of the civilians sustained significant injuries. Other than that, the victims suffered just minor injuries.

Related Topics:FBIFireworksLAPDLos Angeles
Up Next