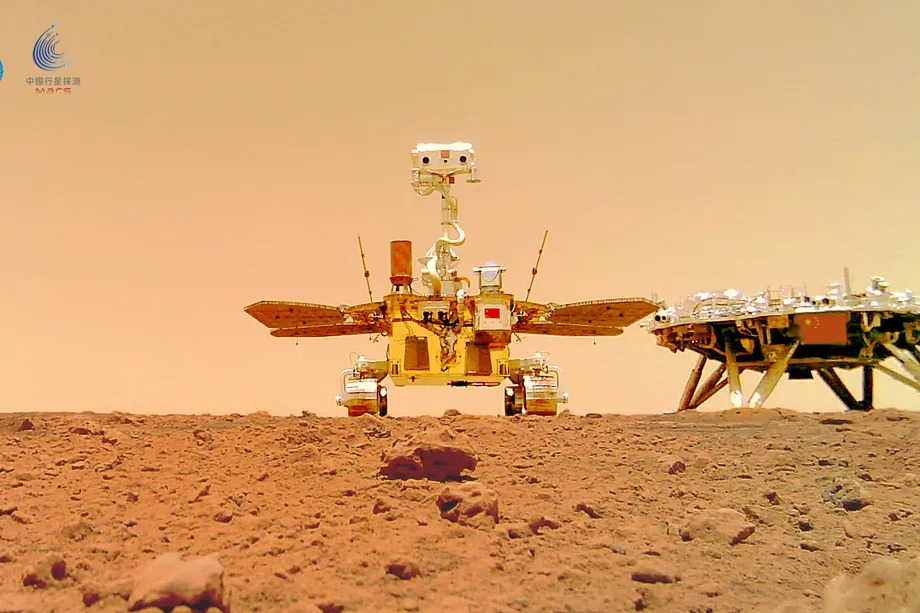 A recording of the Perseverance Zhurong rover shooting lasers on the surface of Mars was made public by NASA in March. Currently, according to Space News, China has made available audio recordings of what it claims to be its Zhurong rover’s arrival on Mars and first settlement. As we saw in its first “selfie” a few weeks ago, China’s Mars rover is shockingly cute. China has now published images of its Lunar Rover, which is also unexpectedly charming.

As Zhurong slides down the ramp of its lander vehicle onto the surface, take note of the sounds it makes (although, just to set expectations, you won’t hear any “pew pew pew” noises, just to be safe).

The solar-powered Zhurong landed on Mars for the first time in May, as part of China’s Tianwen-1 mission, which had arrived in Mars’ orbit earlier in the year. After falling from the Tianwen-1 orbiter above the planet’s surface, Zhurong began its Martian adventure on Utopia Planitia, a flat plain where NASA’s Viking 2 lander touched down in 1976. Because it’s more than 1,000 miles distant from the Jezero Crater, where the US rover Perseverance made its first landing in February, it’s unlikely that the two rovers will be able to spend much time together in the foreseeable future. NASA’s Curiosity rover, which arrived on Mars in 2012, was observed ascending the planet’s Mont Mercou by NASA’s Mars Reconnaissance Orbiter last month, according to the agency’s Mars Reconnaissance Orbiter.

Zhurong, named after a Chinese deity of fire, is about half way through its 90-day mission when this article was written. However, like previous rovers on Mars, it has the potential to continue traversing the planet’s surface for several years.

Catholic churches are being burned down in Canada