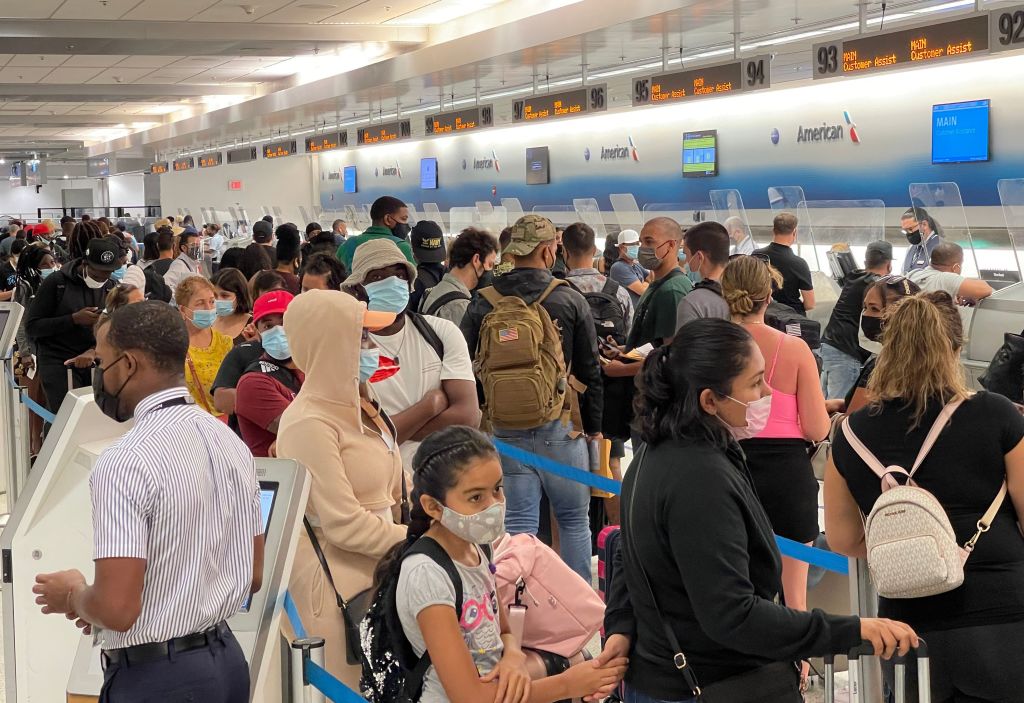 New York City: More than 2,300 flights were decided to cancel around the world on Friday because of the Omicron variant, which is very dangerous. Thousands more were delayed.

US President Joe Biden, on the other hand, learned that Santa was still on track to deliver gifts to children all over the world. Air defence officials told him that.

On Christmas Day, over 1,400 people said they wouldn’t be going.

The site said. People who work for airlines and other businesses have been getting sick or having to stay in quarantine after they’ve been exposed to Covid. This has caused Lufthansa, Delta, United Airlines and many other airlines to cancel flights during one of the busiest travel times of the year.

On Friday, United cancelled more than 180 flights, or 10% of the flights that were supposed to be there. Flightaware says this.

“The rise in Omicron cases across the country this week has had a direct impact on our flight crews and the people who run our business,” United said in a statement.

As a result, some flights have been cancelled, and the airline says it will let customers know before they arrive at the airport. It says it is working to rebook passengers.

It said it had tried “every option and resource” to make up for lost flights, including rerouting planes and replacing crews. Delta also cancelled at least 166 flights.

“We are sorry that our customers had to put off their holiday travel plans,” the company said.

Eleven Alaska Airlines flights were cancelled after employees said they might have been exposed to Covid-19. They had to self-isolate in quarantine and stay there for a few days.

After last year’s Christmas was cut short by a pandemic, many Americans were even more frustrated by the cancellations this year.

Iran shoots missiles at Israel during drills as a warning