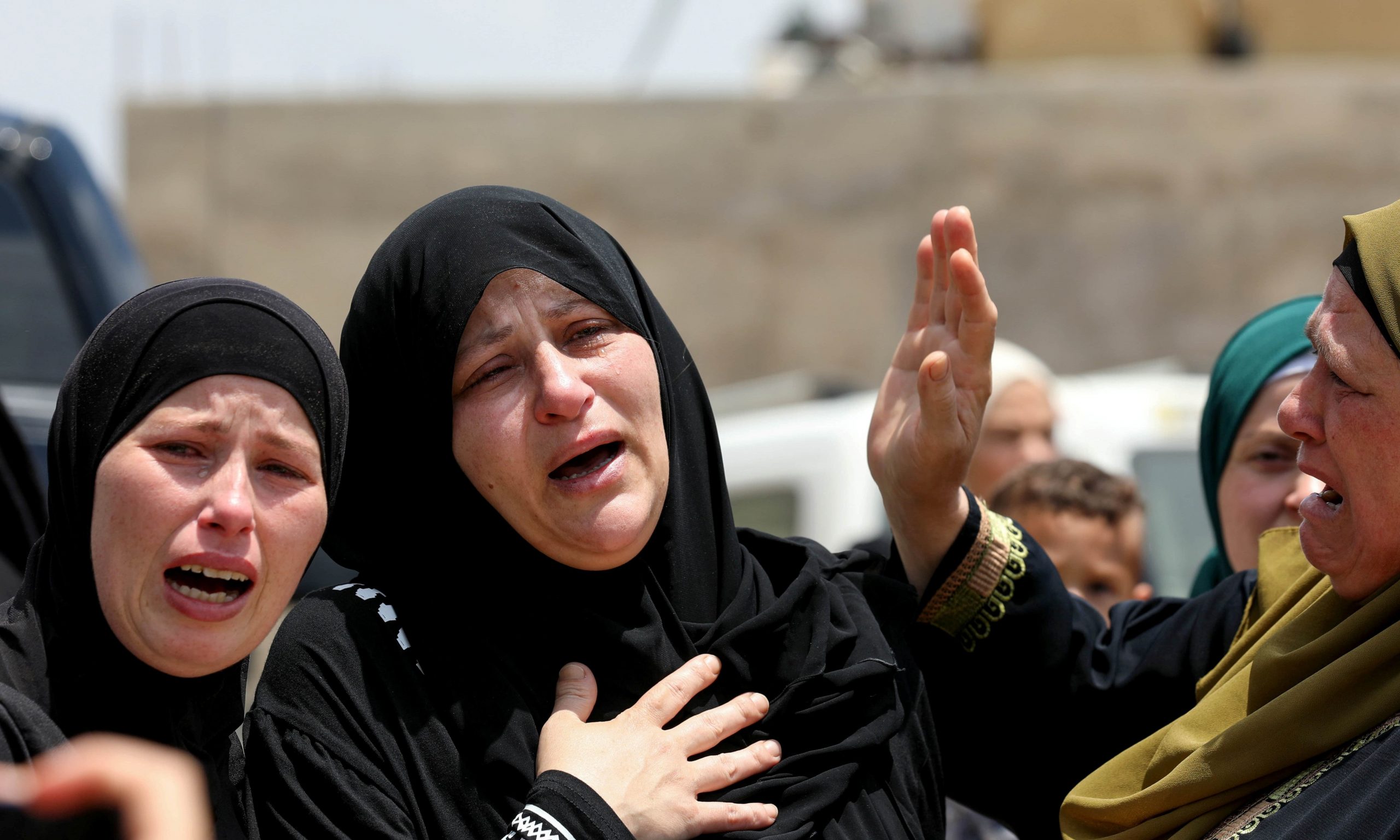 The mother of Palestinian Mohammed Al-Tamimi, who was killed by Israeli forces during clash on Friday, according to officials, mourns during his funeral in Deir Nidham in the Israeli-occupied West Bank July 24, 2021. REUTERS/Mohamad Torokman — Newsline.pk/Files

JERUSALEM – A Palestinian teenager was killed after being shot by Israeli soldiers during a protest against illegal settlements with in occupied West Bank, Palestinian authority said on Saturday.

Moh­a­m­med Munir al-Tamimi, 17, died later in hospital from gunshot wounds, according to the Palestinian health ministry, a day after the fighting in the volatile Palestinian hamlet of Beita.

According to the Red Crescent, 320 Palestinians were wounded in the clashes, with 21 killed by live fire, 68 killed by rubber-tipped bullets, and many more killed by tear gas.

According to a photographer, hundreds of Palestinians gathered in the afternoon in the town of Beita, a hotspot in recent months, to oppose the nearby wildcat colony of Eviatar.

After Palestinians threw rocks at its soldiers, the Israeli army stated it replied “with riot dispersal means.” Two Israeli soldiers were “lightly hurt” in the fighting, according to Israel.

Since May, when hundreds of Israeli families arrived and began erecting the settlement on a hilltop overlooking Nablus in defiance of Israeli and international law, Beita has been the site of periodic conflict.

Following weeks of violence and tensions, the administration of nationalist Israeli Prime Minister Naftali Bennett reached an agreement with the settlers to vacate the Eviatar outpost.

The settlers left the modest dwellings they had constructed until the Israeli defense ministry determined whether the property could be constituted state territory.

Until a decision is made, the Israeli soldiers will remain in Eviatar. The accord was rejected by Beita’s mayor, who declared on Thursday that “clashes and protests would continue” as long as any Israeli “remains on our land.”

The majority of the international community considers all Jewish settlements in the West Bank to be illegal.

US tech companies are trying to disrupt militias and manifestos

Sanctions are imposed on US officials by China