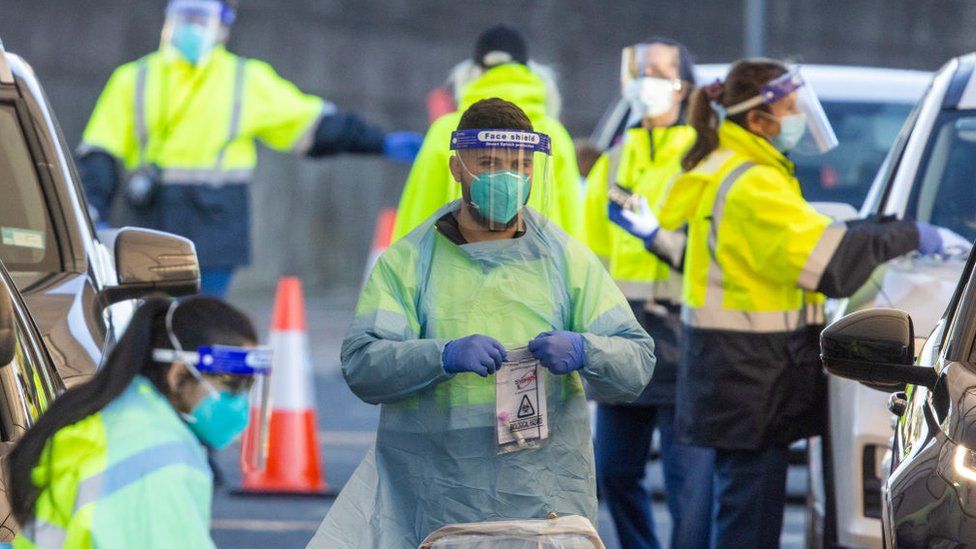 Pandemic outbreaks spread across the Australia – Australia’s Prime Minister, Scott Morrison, has convened a meeting of national leaders to discuss how to address a surge of Covid-19 infections.

The number of illnesses in a Sydney outbreak linked to the highly dangerous Delta strain has risen to 128.

In addition, cases have been reported in the Northern Territory, Queensland, and Western Australia.

According to officials, this is a “vital period.” With border controls and lockdowns, Australia has kept case numbers low.

According to reports, the emergency conference discussed measures such as mandatory vaccines for caregivers and stricter quarantine laws.

This is the first time in months that many cases have arisen in different sections of the country at the same time.

“I believe we’re approaching a new phase of this pandemic, with the highly contagious Delta strain,” Treasurer Josh Frydenberg said ahead of the Covid-19 response committee meeting.

The rise in Covid infections has resulted in lockdowns in Sydney and Darwin, as well as limitations in four states.

The situation is most serious in Sydney, where over five million people are subject to a stay-at-home order.

The New South Wales (NSW) state government extended a lockdown to include all of Greater Sydney, the Blue Mountains, the Central Coast, and Wollongong on Sunday.

Many businesses and events have been forced to close.

NSW Premier Gladys Berejiklian announced 18 new instances on Monday, down from 30 the previous day. In the previous 24 hours, about 59,000 persons had been tested.

After Florida condo collapse two of the 150 students still missing