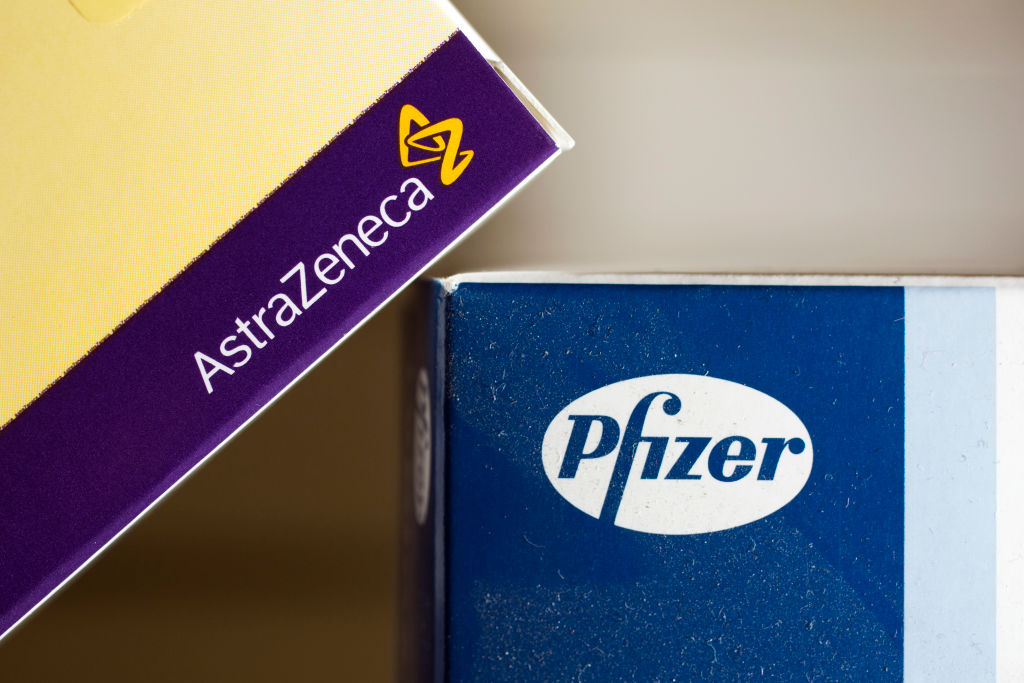 According to a new study, the efficiency of the Pfizer-BioNTech coronavirus vaccine falls at a faster rate than the effectiveness of AstraZeneca’s vaccine for coronavirus.

Two doses of Pfizer-BioNTech show stronger initial efficiency against new COVID-19 infections, but this diminishes more quickly than two doses of Oxford-AstraZeneca, according to research conducted at Oxford University.

Despite the fact that the study has not been peer-reviewed, the findings are based on a survey of polymerase chain reaction (PCR) tests done by the United Kingdom’s Office for National Statistics in randomly selected households between December 2020 and August 2021.

At the University of Oxford’s Nuffield Department of Medicine, the researchers saw “substantial differences in the dynamics of immunity following second doses” between the two vaccinations, according to their findings.

Despite the fact that Pfizer had “higher early effectiveness,” it “declines in protection against high viral burden and symptomatic illness” with time.

“The data suggest that after four to five months, the efficiency of these two vaccines would be equivalent,” the scientists stated, adding that the long-term consequences must be investigated further.

Following worries about the loss in efficiency of the Pfizer and Moderna vaccinations, the United States has stated that it will begin offering booster immunizations to Americans in September in order to raise antibody levels in the population.