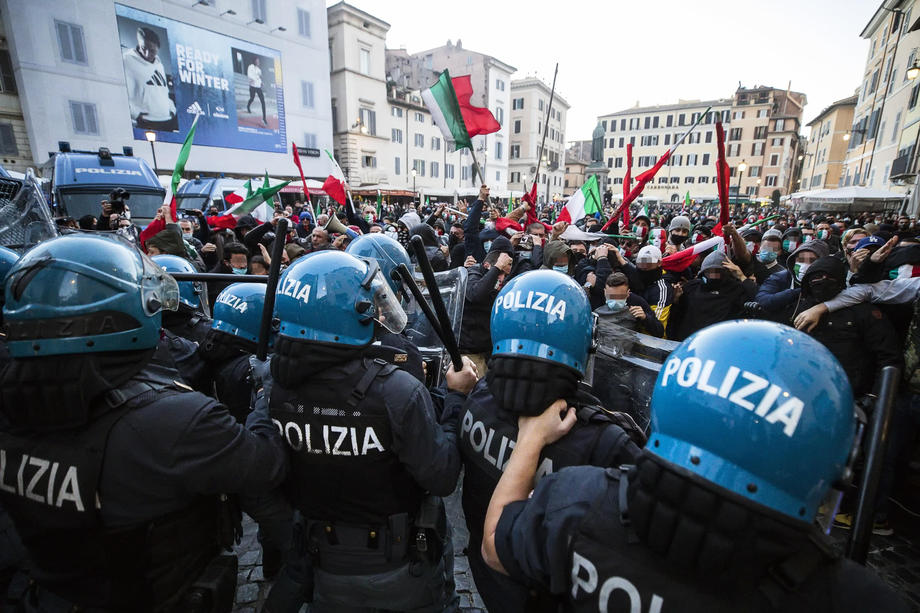 Protests Over Covid: Thousands of people demonstrated in cities across Italy on Saturday in opposition to the government’s decision to impose restrictions on unvaccinated individuals as Rome attempts to halt an increase in Covid-19 infections.

From Naples in the south to Turin in the north, Italian flag-waving demonstrators chanted “Freedom!” and “Down with the dictatorship!” while rain-soaked protesters in Milan chanted “No Green Pass!”

The overwhelming majority did not wear masks.

From August 6, the Green Pass, which is an extension of the EU’s digital Covid certificate, will be required to enter cinemas, museums, indoor swimming pools, and sports stadiums, as well as to eat in restaurants that are indoors.

It will serve as evidence that bearers have been vaccinated, have recently had a negative Covid-19 test, or have recovered from coronavirus infection.

Read Also
Sanctions are imposed on US officials by China

Business owners are expected to abide by the rules or face massive fines under the measure adopted by the cabinet last week in an effort to safeguard the economy’s slow recovery and avoid further lockdowns.

In September, a proposal to make the pass mandatory for train, coach, and plane travel is expected to be re-evaluated.

“Better to die free than to live as slaves!” read one placard outside Milan’s Gothic cathedral, while another in Rome’s historic center read “Vaccines set you free” over an image of the Auschwitz death camp gates.

Demonstrations in at least 80 cities had been declared on social media for Saturday.

Italy, one of the worst-affected countries in Europe by the pandemic, reported over 5,000 new coronavirus cases and five deaths on Saturday.

All resident doctors get 10-year ‘Golden Visa’ in UAE Scheme