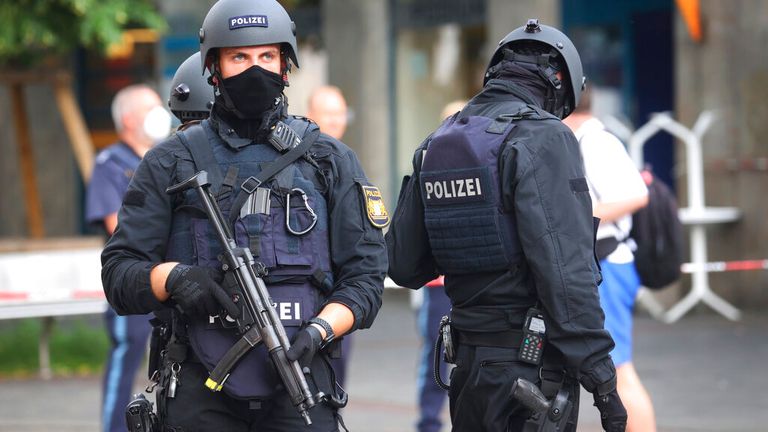 BERLIN – Three people were killed and five others were badly injured in a knife attack in Germany on Friday by a 24-year-old Somali immigrant who was recently placed under compulsory mental care, according to officials.

By shooting a bullet into the attacker’s leg, police were able to halt and capture him in the town of Wuerzburg. His injuries, they claimed, were not life-threatening.

The man had been in Wuerzburg since 2015, when Germany opened its doors to nearly a million migrants and refugees fleeing violence and poverty. Herrmann stated that his life was not in danger and that he was being questioned by authorities in the hospital.

“His illness had been noted in recent months, including aggressive inclinations, and he was placed in forced psychiatric treatment a few days ago,” Herrmann added.

Later, he informed public television that, according to one witness, the man had called “Allahu akbar,” an Arabic phrase that means “God is wonderful” and is frequently connected with acts of Islamist terrorism, before going on his rampage.

“That implies a probable Islamist motivation, which is also being investigated,” he added.

A small kid and one of his parents were among the three killed, according to the Main Post daily.

The identity of the suspect was not released, as is customary in Germany.

There was no evidence of any more attacks, according to police, and the situation was now under control.

Social media videos showed a presumably barefoot guy with a large knife being repelled by other men wielding chairs until police arrived. Another footage showed blood on the ground.

The films matched the stated location of the attacks on and around Wuerzburg’s central Barbarossaplatz, however it was not immediately clear when they were carried out.

Reuters video from the area showed dozens of police and rescue cars.

Wuerzburg, a 130,000-person historic city about 100 kilometers (62 miles) south-east of Frankfurt, was the site five years ago of a knife assault on a train by a 17-year-old Pakistani asylum seeker, in which five people were hurt, two critically.

As the Delta outbreak spreads, Australia extends the lockdown in Sydney