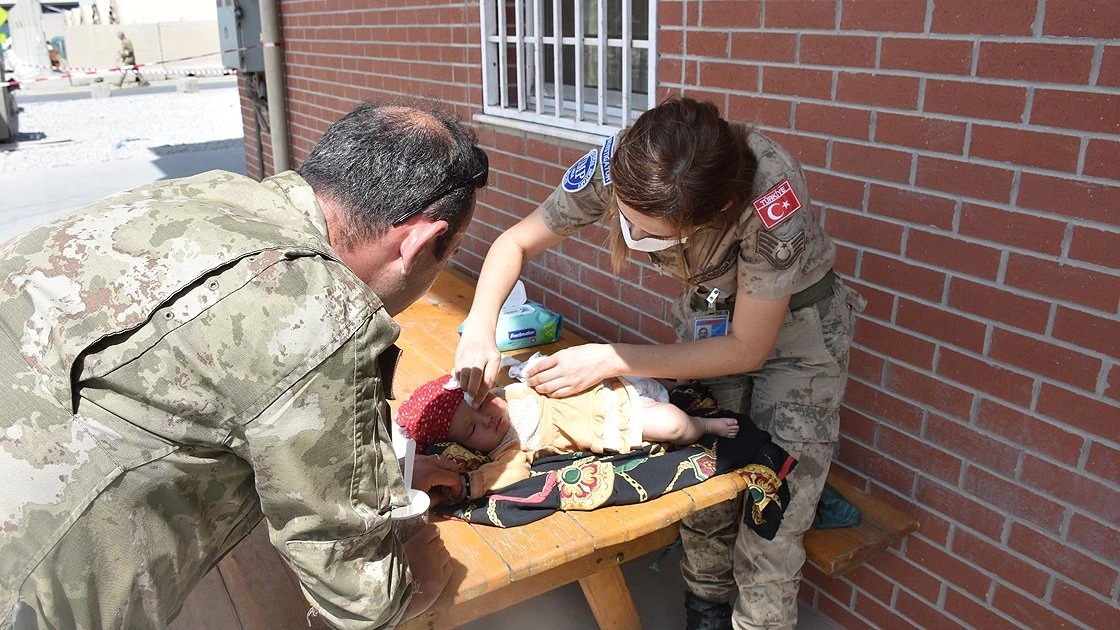 An image has emerged of Turkish soldiers caring for a 2-month-old Afghan infant who had become separated from her mother at Kabul airport.

Farista Rahmani was separated from her 2-month-old infant Hadiya Rahmani as well as her husband, Ali Musa Rahmani, during the chaos that erupted at Kabul’s international airport last week.

The Turkish forces came to the aid of the father, who had been waiting in despair at the northern gate of the military line, since the baby’s things remained in the possession of his wife. The soldiers escorted them to a secure zone, wiped the infant’s bottom, and even provided her with nourishment.

Taliban notfies government officials that they return to work