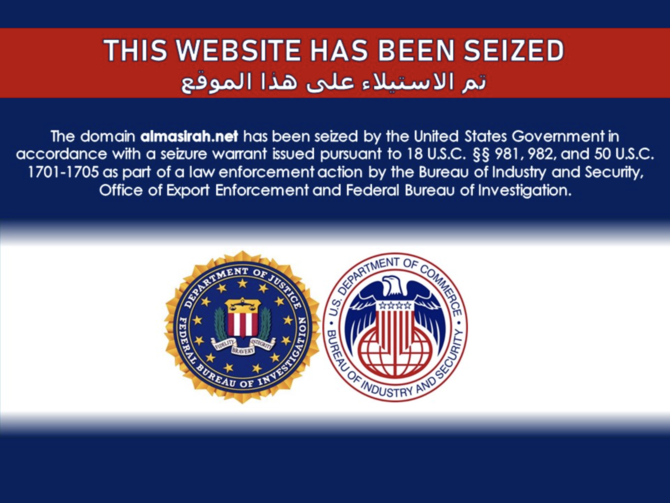 The US said on Tuesday that it had shut down many websites in Iran and Iran-linked organizations it alleged were being used to facilitate “disinformation” and operate in violation of sanctions.

In all, as many as 33 Iranian and three Iraqi websites that have ties to the IRTVU and Kataib Hezbollah, respectively, were shut down by the U.S. government.

The IRTVU was sanctioned on October 22, 2020, under the administration of former President Donald Trump. According to the department, the item is held by Iran’s Islamic Revolutionary Guard Corps Quds Force, which is subject to U.S. sanctions.

In response to suspected Iranian attempts to intervene in US elections and foment dissension among the voting public, the Treasury Department’s Office of Foreign Assets Control (OFAC) identified the IRTVU as a target of U.S. sanctions.

It went on to state that the 33 domains used by IRTVU were all owned by a US-based firm, while the three utilized by Kataib Hezbollah were all foreign-based. In 2009, the U.S. classified the Lebanese militant group Kataib Hezbollah as a foreign terrorist organization.

A blue and red screen appeared on the internet site of PressTV, an English-language television station based in Iran, informing users that they had been “seized” under US law.

Al-Alam and al-Masirah, both 24-hour Arabic language news stations, ran the identical statement on their websites.

in their reporting, Iranian official and semi-state media called it a “flagrant breach of journalistic freedom.”

Chauvin sent to 22.5 years jail for murdering George Floyd in 2020

The EU will purchase 150 million more doses of Moderna vaccine